Menstruation is defined as discharging of the menses, or blood and dead cell debris from the uterus. Non-pregnant women release menses through the vagina at approximately monthly intervals (every 25 to 32 days) between puberty and menopause. Problems may include: amenorrhea (absence of monthly period), swelling, breast tenderness, pelvic pain, menorrhagia (heavy or prolonged menstruation) and metorrhagia (uterine bleeding that occurs outside of the menstrual cycle).

Menstrual disorders are an indication that you are having difficulty accepting your femaleness. Probably since adolescence you've been reacting negatively toward your mother, who was your first female role model. Because of your perception of your mother's life, you may have decided that the female role is an unenviable role. It may be that, subconsciously, you would have preferred to be a man, to the point of feeling resentment toward men, because in your view, they can do things you can't. You strive to lead your life according to the male's model, but unconsciously feel guilty about it.

Through menstrual disorders, your body is telling you that your belief system concerning women in general is inaccurate. This is a prime example of what can happen in the body when you refuse to go with the flow. Your perception is unhealthy and is a stumbling block to your own happiness. You find that you are frequently emotionally reactive, which is disrupting your peace of mind. Understand that your femaleness is not the obstacle that you make it out to be. More women than ever are making choices in their lives that were previously reserved for men.Society's rules that once defined the roles of men and women are now considered archaic and no longer apply. Rather than envying men, enjoy them and allow yourself to want them as a complement to your own femininity. In this way you will achieve a healthy masculine/feminine balance. You may choose to adopt a man's role; however, allow yourself the right to need men without becoming dependent. Relax, be yourself and this will make room for the right man to come into your life. It is possible that your belief system has been culled from your own family. When you were younger, was there someone close to you who believed that menstruation was shameful, sinful, dirty, or simply an illness? Did you learn that it was normal to have menstrual problems (or pain) and thus come to expect them? Take responsibility now for your own mindset regarding menstruation and change those beliefs. Understand that menstruation is a necessary, natural, painless and healthy reproductive function.

Learn to be happy 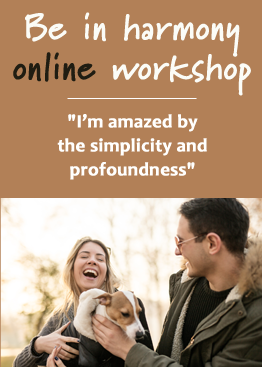 Newsletter
STAY INFORMED
Be informed when Lise Bourbeau’s next books are available by subscribing to our e-mailing list.